After 19 years, RuneScape still finds ways to innovate and keep players coming back for more. A brand new skill recently appeared in the game - Archeology - which adds a wealth of new content to the world of Gielinor. Jagex releases Desperate Measures on July 27, continuation of last year's Desperate Times story. 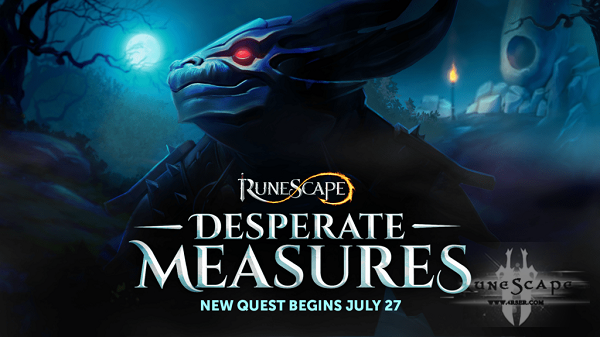 Desperate Measures will trigger the Elder Gods storyline as players assemble a crew to explore the land of Anachronia. The Archeology skill will apparently play a major role in this update as it will allow adventurers to discover previously unknown information about the Dragonkin - a race of intelligent, dragon-like humanoids.

The July 27 Patch will "set things in motion that will inevitably lead to Elder Gods and Elder Wars Wars." As usual with these updates, you need to be a member to enjoy all the benefits.

RuneScape has recently made a resurgence - that is, if it has ever really died. Millions of players log into this nostalgic game and buy RS gold every month, and Old School RuneScape is one of the most-watched MMORPGs on Twitch. Believe it or not, it often beats popular titles like Path of Exile, Black Desert Online, and Final Fantasy XIV in terms of simultaneous viewership. RuneScape may not be as popular as Old School RuneScape, but it has a dedicated follower and new content is constantly being released.

A mobile adaptation of Old School RuneScape, released a few years ago - no doubt to reinvigorate people's obsession with the series. Often referred to as RuneScape 3, RuneScape is now also playable on Android, and work is underway on a closed beta for iOS.

When Desperate Times was released in 2019, gamers were incredibly pleased with the end product. Fans were impressed with cutscenes, voiceovers, and a thorough recap that allowed everyone to enjoy the new content. Jagex has also done a fantastic job introducing the Archeology skill, and we hope Desperate Measures will both make effective use of this new skill and be a good successor to the Desperate Times.