According to a recent Jagex post, RuneScape is now more popular than ever in the last five years. 2020 has brought its biggest peaks for both everyday gamers and active members in recent memory, possibly due to the release on Steam and the constant influx of new weekly content.

Mod Warden took a look at the RuneScape blog to look back on the wretched year 2020. However, in the world of Gielinor, it couldn't get any better. "As we close 2020, I have some really great news to share," said Mod Warden. “This year, the number of daily players and active members has reached the highest we've seen in over five years. The membership is growing thanks to the constant influx of returning players and brand new adventurers. ”

Then, Mod Warden says that more than ever, these players stick around and provide the team with helpful feedback to help the game take new directions.

People who set foot on RuneScape seem to be enjoying their time as they received 94% of positive reviews on Steam in the last 30 days. Mod Warden also points out that Jagex has been able to pump out over 50 weekly releases this year - all while keeping servers stable and reducing downtime. At the time of writing, the official RuneScape website has reported that over 280 million accounts have been created and the current number of players is over 125,000. 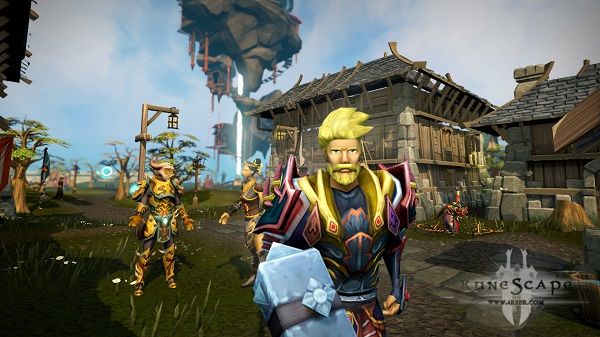 Nice marks for a game that turns 20.

A few years ago, RuneScape faced its first major challenge after rebuilding its combat system. RuneScape has gone from simple point-and-click operation to a more traditional MMO experience, allowing players to manage a variety of skills and hot belts. Some players were not thrilled with the changes - this is how Old School RuneScape was born. Despite the splitting of the player population, both games seem to continue to expand and we can't wait to see where the 20th anniversary will take us.

The RuneScape Grand Party kicks off on January 4 and celebrates its 20th anniversary - check back in the coming weeks for more information.