OSRS is now available on Steam

Old School RuneScape is finally available on Steam. New players can log in directly through Steam, while existing players can merge their existing profiles.

The game's release on Steam coincides with its eighth anniversary, with an in-game event where you track and capture monkeys in Lumbridge. "Old School has something for everyone, and over the past year we have seen it reach new heights: it has seen the largest number of concurrent players, the most members ever, and millions of active players in both the Membership Edition and those who like to play for free both on PC." desktop and mobile, said Rob Hendry, the game's executive producer.

"The old school is getting bigger and thanks to the vibrant and powerful community behind it, Adventure is now calling on Steam users and I know our current players are ready to welcome new players."

Old School RuneScape on Steam includes new achievements, badges, emotes, and trading cards. There is also some exclusive content for launch if you sign up to join via Steam. 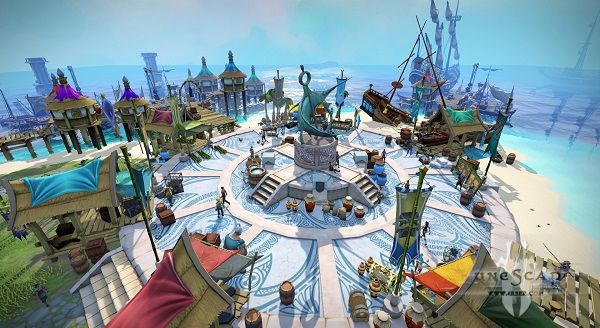 The appearance of the nostalgic game on the popular platform follows the successful launch of RuneScape on Steam. This title gained significant population growth in the days following the new platform's launch, and we'll likely see the same from Old School.

The Steam OSRS version runs on the official Jagex platform, but there's probably a better way to experience the joy of Gielinor - RuneLite. With this client - along with other third party platforms - you can add a few quality-of-life improvements to the deprecated title, many of which have been blessed by Jagex. Novices will likely have a great time with OSRS on Steam, but veterans will no doubt stick with their chosen platform.

While Old School RuneScape is celebrating eight years in the market, his older brother is turning 20 this year. Jagex is organizing a year-long event to celebrate the occasion, and the Wars of the Elder Gods kicked off this week with Azzanadra's Quest.

This concludes the article. If you need OSRS gold, you can buy it from our website, it is very cheap.