RuneScape was heavily affected by the recent login lockout problem, which caused many players to be "locked" from their accounts. After obtaining preliminary data from various testing processes, officials confirmed that the problem was a "technical error" on their end.

Initial tests also confirmed that many accounts will also lose some of their valuable data, and the mods' official statement also confirmed that the development team was working around the clock to find the best methods and tools to solve the problem on a way that also helps us avoid losing important player data as much as possible.

On March 12, Mod Warden posted a video detailing the many issues the development team was facing and the processes the team decided to follow to resolve them as soon as possible, highlighting that the problem was much more difficult, something it hadn't happened previously in the entire 20 years of RuneScape.

According to the statement, the team can start recovering your accounts, and you can get started right away by purchasing a cheap ton of OSRS gold! 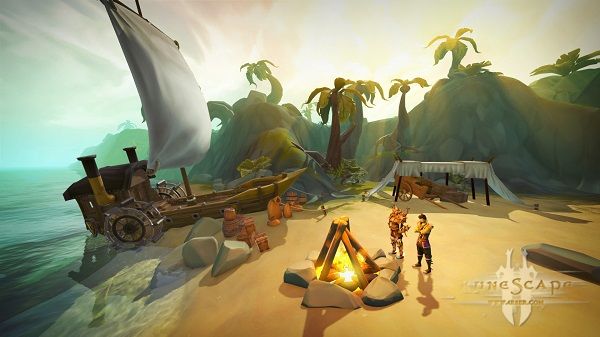 A few days ago, their tireless efforts allowed the beta team to collect detailed information about the status of players' accounts. The team found that most accounts need minor tweaks, but there are times when other accounts have more serious issues that take longer to fix if there's a fix, and if something doesn't go the way you want, check those old accounts RuneScape you can start over with, or check out the OSRS tweak to get your own account upgraded to wherever you want.

Based on this, officials indicated that the account recovery process would begin next week and players would continue to be cared for after their recovery to ensure they had no issues getting back into the game.

Adjustments have further added that it will be an ongoing process and that the account recovery process will begin with accounts that are in a decent recovery state, and starting next week you will receive an update email as soon as your account can return to the game.

Unfortunately, yes. Even after the development team has successfully resolved the issue and your account has been restored so that it can be recreated, there will be not only minor but serious issues with your account, here are some of them:

Your banks may not be in the same organized state, so you will have to reorganize them.

You can lose or recover your Invention Benefits.

We know this problem was so frustrating for those affected by it, but don't be sad and gloomy as officials have also announced some great gifts and offers that you will get when you restore your accounts and it includes free memberships and a welcome kit, discounts and lots of other things.