RuneScape Once upon a time Flashback storyline out now

RuneScape's 20th anniversary story continues with the release of Once Upon A Time: Flashback and allows players to relive RuneScape's past to save Gielinor's future.

In Flashback, Relomia, the plot antagonist rewrites old quests and changes Gielinor's story so that the main characters die. Players team up with the mysterious spirit of Closure, who joins forces with Death to undertake three classic RuneScape missions to solve the storylines and bring the characters back to life. When Flashback is successfully completed, players will receive a Medium XP Lamp and a Closing Book.

Flashback is the sequel to the Once Upon A Time mini-quest series that will run through RuneScape's 20th anniversary, providing adventures in the past, present and future of the legendary living game. 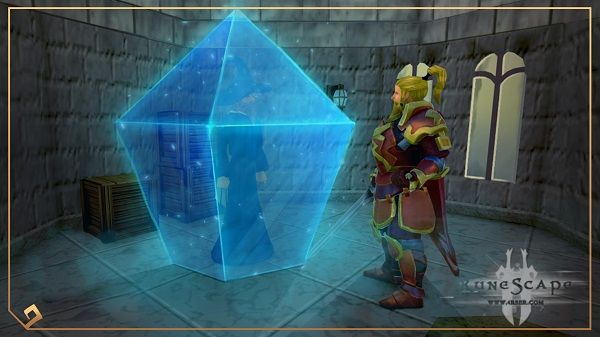 Also on the occasion of the game's 20th anniversary, Jagex recently announced that RuneScape: The First 20 Years - An Illustrated Story will be published by Dark Horse Books in the fall of 2021. This will be an official addition to the game, giving players an unprecedented look at the iconic online fantasy RPG, celebrating its 20th anniversary. The deluxe edition is also exclusive to the RuneScape merchandise store for die-hard fans looking for something extra.

While RuneScape has already received over 1,000 game and content updates in the past 20 years, 2021 will be full of 20th anniversary excitement and much more for both RuneScape and Old School RuneScape.

This article is over here. Do you like playing RuneScape? You can come to our website to buy cheap OSRS gold to increase your gaming experience.