A Few Curses Should be Tweaked on The Temple at Senntisten

As a loyal and long-term Runescaper, you may remember the quest 'The Temple at Senntisten cause its rewards: The Ancient Curses. Curses have been a major topic of controversity, often deemed by many others as being 'OP'. However, I personally believe in the positive effects that curses can bring about and I would like to convince everyone here as well.

Currently in OSRS, there is no means of end-game prayer, making the only reason training beyond 70 prayer is to get the prayer cape. Ancient curses will be able to fill that gap in. Furthermore, the economy can be affected positively. Currently, bones are inexpensive for their purpose - the demand will help balance the economy.

The Temple at Senntisten is also a a very important milestone in the Zaros questlines. Right after 'Digsite', the temple of Zaros is discovered, and the quest 'Desert Treasure' leaves players wondering what happens next. I personally believe this quest plays a major role in the storyline and that it should exist. The quest reveals more about the mysterious race known as "Mahjarrat" and gives insight on their future plans.

While the most controversial topic is on how overpowered the curses are and makes pvm and pking too easy, this I do agree. A few of the curses should be tweaked so that it may work better in OSRS. 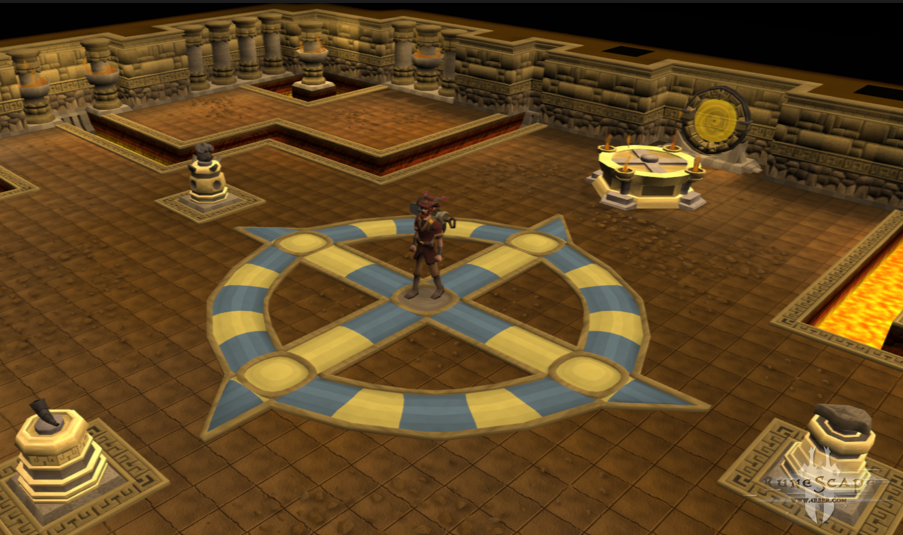 Soul Split - this curse is the main problem. It acts as a smiting technique as well as a healing method. If the healing can be lowered to only 1/3 of its effect back in RS2, it will still be viable but not strong enough to completely replace food. The prayer points drained rate should also be increased by 1.25 times so that it will balance out its worth.

Leech Special - In the PvP community, I have heard that this had been a major rage-inducing agent because the leech can be coined 'disrespectful'. While I agree on this, a proposal is to have the leech curse drain recovering spec instead of the active spec bar. For example, have the Leech Special 'drain' half of the 10% recovered by the target player so that they only recover 5% per update while the user gains 5% of the special leeched. This will still follow the rules of "hindering" the enemy while benefiting oneself in a way that will only disrupt the other player minimally.

The final curse which had been of much debate is Turmoil. Personally, I do not see a need to nerf this curse. The reason is that a lot of players do not realize that it is in fact weaker than piety for the first hit. Even after fighting a maxed enemy, the boosts are only about 2-3% greater than piety on average.

I strongly believe that the Temple at Senntisten and Ancient Curses can be looked at for they have a high potential to benefit the game. With some tweaking, they can fit perfectly into OSRS and I would love to be able to see those awesome animations again.

If these curses could be tweaked, Runescapers may get a better feeling and experience on The Temple at Senntisten. They could farm more Runescape Gold during enjoy this tweaking. If not, dont worry, you can also go to 4rser.com to purchase Runescape Gold, then you can upgrade your equipment and get a better playing experience too.