I think every player knows skill is essential in game, you get high level and Runescape Gold through your skills in runescape game, everybody knows you can get good equipment if you have good skills, but there are some problems with skill capesV4.

The short summary to this suggestion is to be able to wield your skill cape as well as your skill hood if you take it off in a f2p world. Currently once you take it off you can't put it back on, because it is considered a member's item.

This will only work if you've had a skill cape and were a member to begin with to be able to even get the cape in the first place, which ultimately will bring them business if anything.

You can currently wear them in a F2P world (which doesn't hurt anyone), but not able to put them back on once it's off.

Considering the skill capes won't have ANY stats on it, this will classify them as cosmetic. Seeing as how that is how they are currently and not doing any harm, I believe this should be in game permanently.

A re-wearable skillcape on F2P with no bonuses added on it, that requires members to get in the first place. 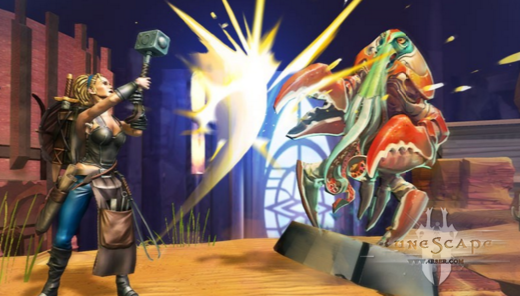 Don't post something along the lines "Well, then you need to pay for members yourself"... I do pay for my members, but like I've stated a hundred times before, that doesn't mean that being a member can change any time. Some things in life do cause you to become F2P.

• The new skill REQUIRES you to take off EVERYTHING, which includes skill capes!! Help by making this get changed!!! - Credit goes to Crimsoncow42.

• Do not come on here and change the subject by saying "well why can't we just do the same thing with other member's objects?" or "what about other stuff people have earned in members but can't take off and put back on in a f2p world like 3rd age." The answer to that is you can buy amour and stuff, but you have to EARN a skill cape.

They should be free to play but only make it so you can only wear the capes of achievement that are for free to play skills, as that would ruin the point of pay to play skills. As you said we all have our own opinions so this is my one, I do hope one day we will see skill capes on free to play servers. As always, you have my support. May we one day convince them to allow showboating us to wear our skillcapes in FtP! As for you, I thought your name looked familiar. I see on your forum profile you not once but multiple times spammed my thread (not even saying you didn't support), if you do that on this thread I will not once, but multiple times report you for thread derailing. Understood?

You can have a try.